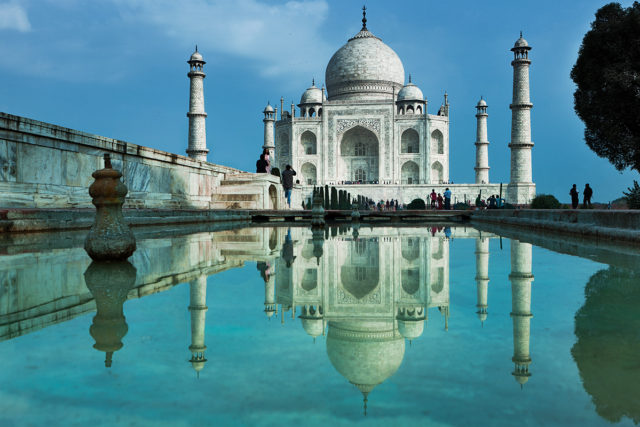 The way to a human’s heart is through its stomach; maybe that is why every second Indian restaurant is named Taj Mahal nowadays. The actual name giver is located in North Indian Agra and was built by Great Mogul Shah Jahan in memory of his beloved wife Mumtaz Mahal. His intensive and eternal love as well as the abilities of Persian architect Abu Fazel left the world a unique gem of Indo-Islamic architecture behind… Read More 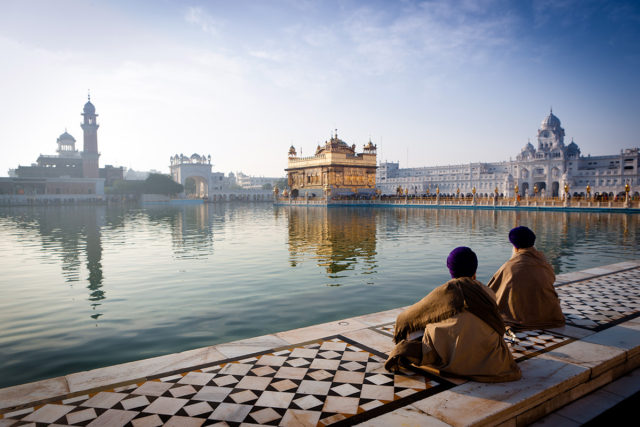 The university town of Amritsar can truly be called to be the heart of Punjab. The city is located not too far from Pakistani border and is an important commercial hub as well as religious centre of the Sikhs, as it is the home of one of their highest sanctuaries, the Golden Temple.… Read More 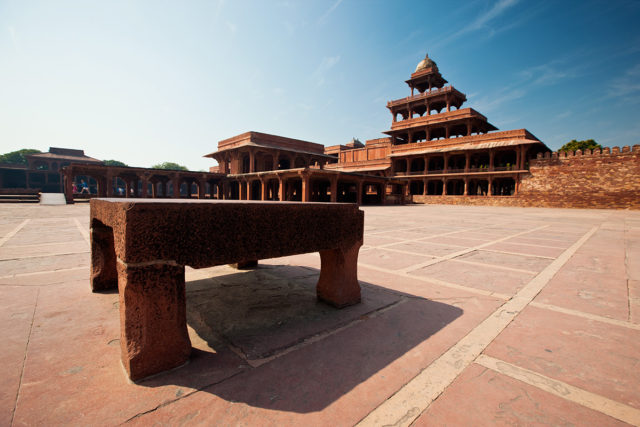 Being located just an hour drive away from world famous Taj Mahal, the town of Fatehpur Sikri is providing an in-depth insight into India’s history as from 1571 to 1585 it has been the capital of Great Mogul Akbar’s empire. Quite a long time ago, though its buildings and chambers are looking still like as its inhabitants were checking out yesterday only.… Read More 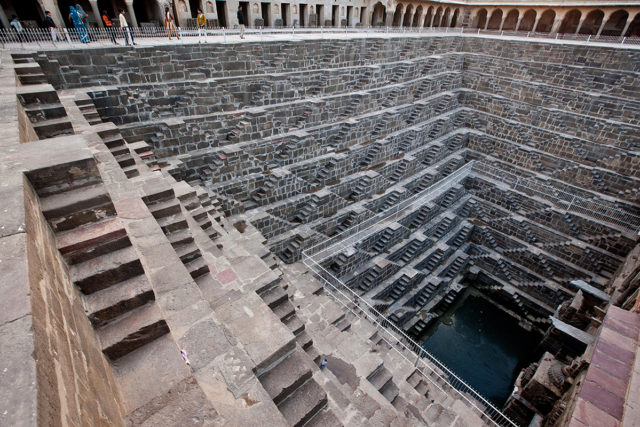 The Chand Baori step well at Abhaneri is everything but a staircase wit. Its unconventional architecture guarantees to the Rajputs, who are usually living in a dry region a water supply being usable throughout the whole year. Due to being surrounded by dozens of stairs, people can access the well from literally every side and when having a closer look at its structures and design, you will easily find yourself not only stuck in a maze of thousands steps but also able to see Shiva’s beauty… Read More 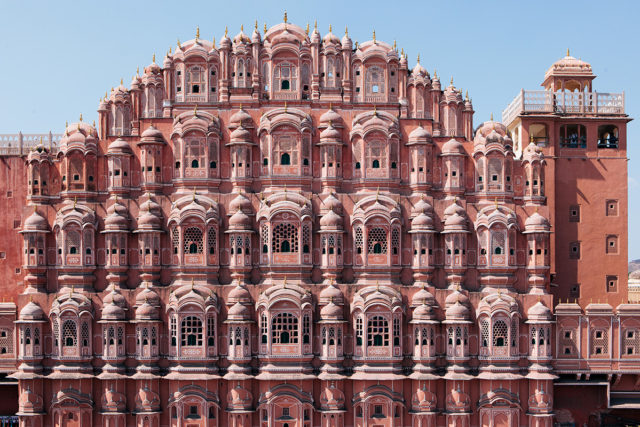 Retina tickling pink is traditionally Rajasthan‘s colour of hospitality. To the Rajputs this symbolic colour is so much important that their capital’s Old Town once got a Barbie-like coat of paint. Jaipur is like a panther on the jump: graceful, but full of energy that is waiting to get released.… Read More 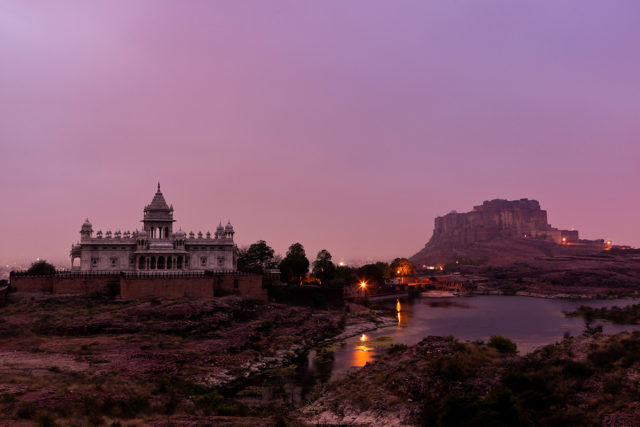 Jodhpur – Where Shiva and Allah are shaking Hands

In Jodhpur muezzin’s call to prayer is getting louder and Arabia coming closer. The city Jodhpur is a very interesting interface between Indian and Arabic influenced cultural areas. The countless picturesque lanes with its historic buildings, Haveli called, are crowded with day life. Though from almost everywhere a glance at the massive Mehrangarh Fort is possible, doesn’t matter how narrow a lane is.… Read More 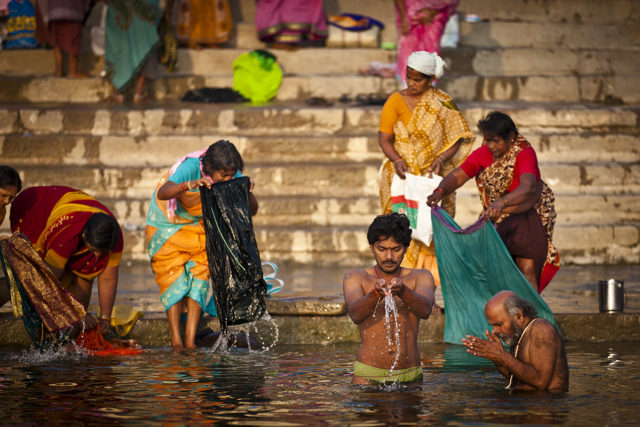 Vārānasi, the metropolis at the Ganga River, is one of India’s oldest towns and central sanctuary of Hinduism. No other India picture is as famous as the Hindu pilgrims praying and washing themselves in the waters of Ganges River at the so called Ghats. There is no better reflection of the Hindu society than this river.… Read More 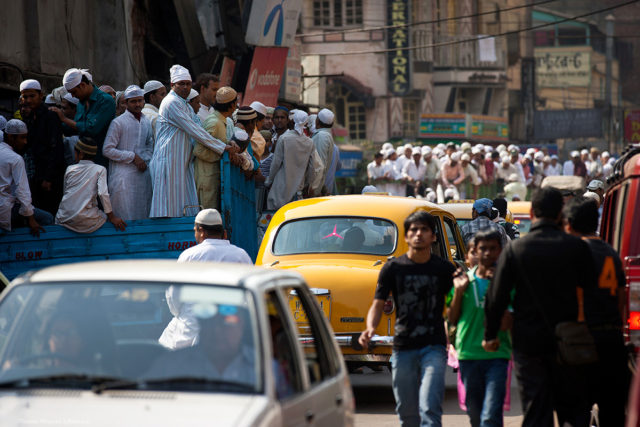 Calcutta – Out of (Traffic) Control

What is the most important part of the body of someone living in Calcutta? Correct, the honk. It doesn’t matter if a car, motorcycle, rickshaw or bicycle: without it nothing is going on, whether it’s hand-driven or with an echo effect. Calcutta’s traffic, or to be precise the way people are behaving is beyond every experience “enjoyed” thus far.… Read More 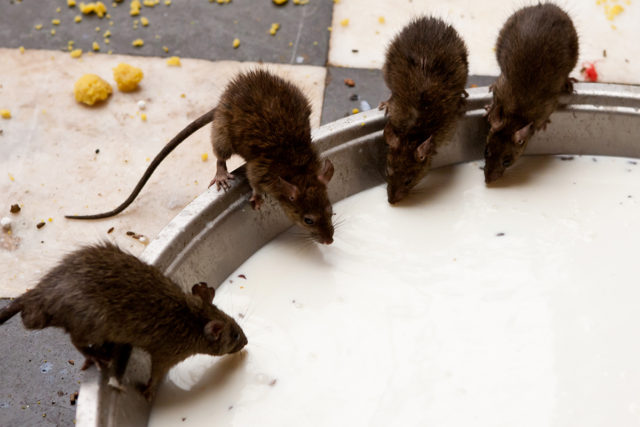 Cows, elephants, rivers and even monkeys; in India literally everything you could bump into can be something sacred. One of the most interesting obeisances paid can be witnessed in Deshnok, a small desert town in western Rajasthan being the stage for a religious building dedicated to Karni Mata. Around this sacred patron of the Rajputs and reincarnation of Goddess Durga, the souls of the dead are gathering in the form of four-legged rodents at the Rat Temple… Read More 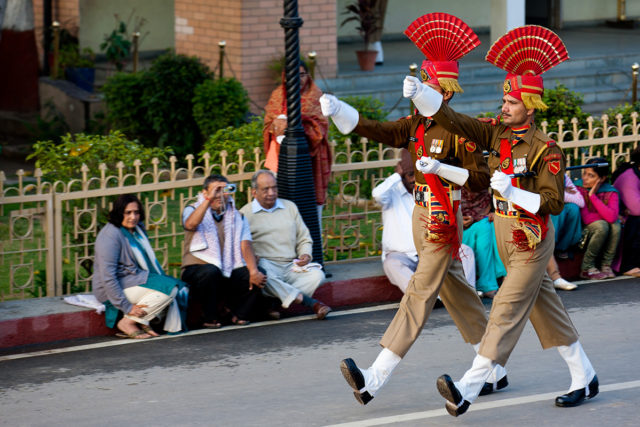 India and Pakistan aren’t really big friends, everyone knows that. At the border post between Attari and Wagah every evening both nations are coming a little closer though, when on the occasion of a border closing ceremony they are striking their flags and locking the border gate. The whole racket is a Love Parade like spectacle flavoured with a dash of nationalism and can be watched by Indians, Pakistanis as well as foreign tourists… Read More