The way to a human’s heart is through its stomach; maybe that is why every second Indian restaurant is named Taj Mahal nowadays. The actual name giver is located in North Indian Agra and was built by Great Mogul Shah Jahan in memory of his beloved wife Mumtaz Mahal. His intensive and eternal love as well as the abilities of Persian architect Abu Fazel left the world a unique gem of Indo-Islamic architecture behind.

Queuing up to become admitted to Taj Mahal can become pretty funny as early in the morning there are fortunately only a few tourists waiting for the gates to open and they start trying to draw a serious comparison between the Taj and Boston or Philadelphia… Safety precautions are fussy; pocket knives and things like that aren’t allowed at all and even the photo backpack and the equipment inside barely went through. However, it’s pretty refreshing for the sex life after having got an intense check-up like at the Taj Mahal.

All too often the sky over Agra is shrouding the Taj Mahal and its towers in haze. The monument’s base plate is measuring 100×100 metres and is made of marble stone only. Not only in that case the building is a superlative as during its construction time of 17 years more than 1000 elephants and countless workers as well as materials being extremely valuable even today and coming from all over India and Asia got into affair.

Not only at that time but only today the construction of such a building would kick all things up two notches. Tragically and ironically this also automatically lead to Shah Jahans becoming overthrown by his own son Muhammad Aurangzeb Alamgir as the resources used to build the Taj where now missing somewhere else in Jahans empire. Jahan got buried in a tomb next to his wife in 1666. However this second tomb is disturbing the Taj’s inner symmetry, which means that for Jahan actually a separate mausoleum was planned.

The monument’s uniqueness as well as being a UNESCO cultural world heritage does not let you discover the Taj alone, in particular not on Valentine’s Day. Passing the queue at one of the entrance gates takes sometimes even up to 1 hour. The four minarets framing the monument don’t only appear to be tilting, they are tilting. In case of an earthquake the towers shall collapse by falling away from the building. Earthquakes in India? Yes, that is possible as tectonically seen the Indian subcontinent is still moving into the Eurasian plate while folding up the Himalaya Mountain range.

Cars, busses and Tuk-Tuks are not anymore allowed to get closer to Taj Mahal than 2 kilometres. That doesn’t bring much as Agra’s polluted air is attacking the marble’s white shine by making it becoming more and more yellowish. Every Friday the monument is closed due to cleaning works, while every five years the whole building gets generally maintained.

“Taj Mahal is a dream made of Opium. Visitors cannot see the countless poppy flower ornaments being spread over Mumtaz’ sarcophagi,” says Krishna Gaur, the eleventh inheritor of the very same family that once was carving Taj’s marble and shaping gems to create all ornaments and intarsias. Meeting this man was incredibly lucky. Soaking up the philosophy of his family makes you seeing the Taj with different yes and in a way more intensive way. Though the construction of Taj Mahal has a dark side as “all involved workers got their hands chopped off and to some extent even their eyes blinded, so that nowhere in the world a more precious monument could be ever built,” reports Krishna.

Watching the sun rising or setting behind Taj Mahal is overrated. Mostly and all too often only you can see a fine stripe of sun light appearing on the monument marble skin. The reason why is the omnipresent smog polluting the horizon; it is like a bouncer at Berlin’s notorious Berghain night club, letting no side light or blue hour light through and if yes, then only unpredictable and arbitrary. The area is surrounded by a death zone like looking stripe of barbed wire, something that is completely destroying the actually nice atmosphere of the river and the sandbanks where cormorants and drying their feathers.

A bit dustier but also worth to be done is watching the Taj Mahal’s backside from the opposite bank of Yamuna River. As everywhere there no tripods are allowed as well. Since the Taj is not illuminated at all, carrying a tripod would be useless either way. Though, when the curtain of smog and clouds lifts giving sunlight and sky a chance, then despite touristic bustle this place becomes through and through magic…

Another great Agra-based sight is the so called Baby Taj. It is surrounded by a lush garden as well, but the sight over the river is a bit odder as when viewing over Yamuna River from Taj Mahal. In dry season the sun is reducing Yamuna to some brownish liquid slowly flowing through its bed. While walking through the Baby Taj garden admiring its symmetry you’ll be accompanied by countless squirrels living in the garden. They are so cute that they make you wanting to take one back home.

Being located at the Yamuna River as well and not far away from Baby Taj an elder, about 450 years old building can be visited. So called “Chini-Ka-Rauza” is not in a really good shape, but on hot days you will love its cold interior. Old paintings and Arabic inscriptions on the wall prove that this monument once served as mosque. Due to few windows there is not much light getting into Chini-Ka-Rauza, though its dome is a festival for all wide angle fans as the camera is getting the most out of the old frescos.

Visiting the Agra Fort is best in the morning hours as not many people will find the way to this fortification. Also its walls and buildings made of red sand stone will appear most magnificent in early sun light. Funnily despite sunrise and sunset at Taj Mahal here the sun is doing a great job. Like at the Taj’s entrance you’ll be “embraced” by an army of usual suspects trying to sell you your own shoes. Just ignore them and continue your walk through the massive gate and on to the inner yard, where you will be invited by to have a closer look at marvellous marble mosaics and a great sight over Agra as well as to Taj Mahal.

Compared to other Indian cities Agra is a bit cleaner and for a few Rupees you can get your own private driver who will take you to all Agra sights as well as to Fatehpur Sikri. Those guys are getting a commission once they turn up with a tourist. If you don’t want that kind of hassle, then just pay some more Rupees and you’ll be left in quiet. Agra has one of the best places to enjoy Chicken Tandoori, that is Mu’urgha (also “Mama Food”), a small snack stop with standing tables. Though the place is pretty buzzing, in particular at night and besides enjoying some of the best Chicken Tandoori or Chicken Tikka around it is also quite a fun to soak up Mu’urgha’s atmosphere and get in touch with young locals.

The final note on Agra is a bit negative though, as at this place tourist get ripped off pretty professionally and cheeky. Undoubtedly my driver Shameer was doing a good job, his never ending “only looking, not buying” was aiming on encashing commission only though. In suchlike shops (paying the driver a commission) goods are offered at an already European price level. Generally seen that is nothing bad, but you don’t know what Indian person you will pay having a ski vacation in the Alps instead of actively supporting people financially, their production and creation of values. 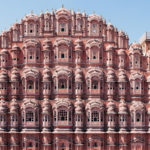