Once the Persian Empire was one of the largest of the ancient global empires and existed long before our time reckoning has started. The ruins of its former capital Persepolis as well as the tombs of Naqsh-e Rustam tell of that period. For about 200 years it united areas reaching from North Africa to Indus River and involved Caucasus as well as the Kazakhstan steppe. Even parts of the Balkan once belonged to the empire that got conquered by legendary Macedonian Alexander the Great.

German, like it or not, has the wonderful mnemonic rhyme “333 bei Issos Keilerei” to commemorate one of the earliest as well as most important direct clashes of European and Near Eastern troops. Yes, Alexander the Great and his Greeks were in Iran long before the tourists came… They fought against the Persian Empire and its capital Persepolis (پرسپولیس), a name that causes only surprised faces as locals just know it as Takht-e-Jamshid. The name Persepolis on the other hand is pretty much Greek and means “City of the Persians”.

During its 200 years of existence the former global empire of Darius I, Xerxes I and others often only let the club talk resulting in some epic rows like the Battle of Thermopylae or Salamis. And even if they didn’t win, the Achaemenid Persian empire was prospering pretty much between 500-400 before Christ. Involving ancient Egypt, measuring some 6.5 million km² and being home to some 42 million people, the land of the Persians was in fact larger than the Byzantine or Ottoman empire.

When entering Persepolis one thing becomes instantly apparent: there’s not really much left of the Persian Empire and its former capital. Back then second most important city of Susa is yet only nothing but a couple of sand piles these days. Similar things happened to historical sources. Genuine Persian sources are few and far between or incomplete, hence most of the cultural context is left to the speculation of traditions and legends feeding on external views.

Persepolis, more than 200 years of History

Understandably those views basically saw Persia as an enemy and threat only. One of the most important of such sources are the books of Herodotus. Missing genuine sources are nothing unusual; one may only remember that without the Umayyad Caliphate and Al Andaluz we European self-proclaimed flagship Christians wouldn’t have the merest clue of historic facts and information being very important to Christian self-understanding.

It is best to visit Persepolis in the late afternoon and only few hours before sunset as on the one hand photographers get perfect sidelight by the descending sun that is teasing out the sand colour of the ancient remnants. On the other hand, the majority of visitors has already gone by that time of the day, hence one’s own visit will be more calm and photos taken will be falling less victim to human shapes in the picture ;-)

Important to photographers: To fight theft of ancient stones and relics, there is a general ban on any kind of bags that is including photo backpacks, of course. So better be prepared. And the guy working at the baggage storage knocks off over-punctually! So be back at the time being told or you won’t get your stuff back.

Being located only 6 kilometres from the ruins of Persepolis are the rock-cut tombs of Naqsh-e Rustam. How incomplete their own historical narrative is reveals the name of that place, as the tombs as well as the rock-cut images got dedicated to national hero Rustam for a very long time. There wasn’t the merest clue that the site, the tombs and inscriptions actually belong to Achaemenid kings and their Persian empire. The rock-cut tombs are cross-shaped and each of them holds a sarcophagus.

Darius I was also the first in terms of being buried in a rock-cut tomb. Other kings like Xerxes I, Artaxerxes I and Darius II imitated that way of eternal rest, even using the same site, that is the rock of Naqsh-e Rustam. The only ones marching to a different tune were Artaxerxes II and III, who rest in peace in the rock tomb sjust uphill of Persepolis. Maybe thousands of years ago they had a sense for lazy people not willing to walk that far from the Persepolis main site to see a rock-cut tomb.

Walking through the remnants of a place being steeped in history and settled by humans for more than 2500 years such as the Gate of All Nations feels very special. It was Persia’s tenth regent Xerxes I who shaped not only Persepolis but also the empire most. Beside being a Persian Great King but was also a Pharaoh as he put an end to the secessionist movement of ancient Egypt. Historically challenged people might know him, at least name-wise, from the film 300.

Xerxes is responsible for two of the five Persepolis palaces. Their extents outdo by far their predecessor being erected by Darius I. Indeed Xerxes was a special one. His name means “ruling the heroes” and when the Dardanelles bridge building failed, when he marched towards the Balkan, he adjudged the sea guilty and let it gave a whipping…

His campaign against Greece involved an epic-scale multi-ethnic army of up to 100.000 people. Even if his fighters were counting only between 30 and 40% then Leonidas – to get back to the film 300 – had pretty much his hands full defending Greece ;-) The sea battle of Salamis meant the first large break in the rise of the Persian Empire that got conquered and destroyed in the year 330 b.c. by Alexander the Great. The ball of play now lay in the field of the Greeks and their Athens. 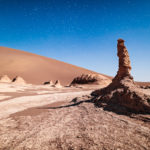