“Elves, Hákarl and boiling Earth” – That’s how Hollywood could have headlined and promoted my Icelandic road movie. At the end of a journey leading almost all around the island, I travelled more than 3800 kilometres through landscapes that nowadays still appear like at the time of God’s creation. For some people Iceland automatically means something like an artically cold island with all-season mulled wine service but it’s so much more. I was lucky to have weather, spring and the midnight sun on my side; two major ingredients to put the following photo documentary of a worldwide unique place, located at the interface of American and Eurasian continental plate as well as Atlantic and Artic Ocean, in the perspective of God’s eternal creation.

The people of Vik are already training the case of emergency. It seems as if quite soon the Katla volcano will erupt under the Mýrdalsjökull glacier. Until mid of June 2008 earthquakes became more frequent; countless small ones, but also a big one being M6.2 strong on the Richter scale. “The moutain puffs out its cheeks”, says a pilot when coming back from an inspection flight. Ashes, bombs and lapilli are only one problem. The bigger issue for Vik would be an unpredictable sudden glacier melt, that usually causes an incredible flood. More of that later…

We will surely witness that soon demonstration of the forces of nature. However, when such things happen there are always two souls are residing in the breast of an Icelander; one awestruck and the other one deeply admiring God’s eternal creation.

About Whooper Swans and Volcanoes – The Northeast of Iceland 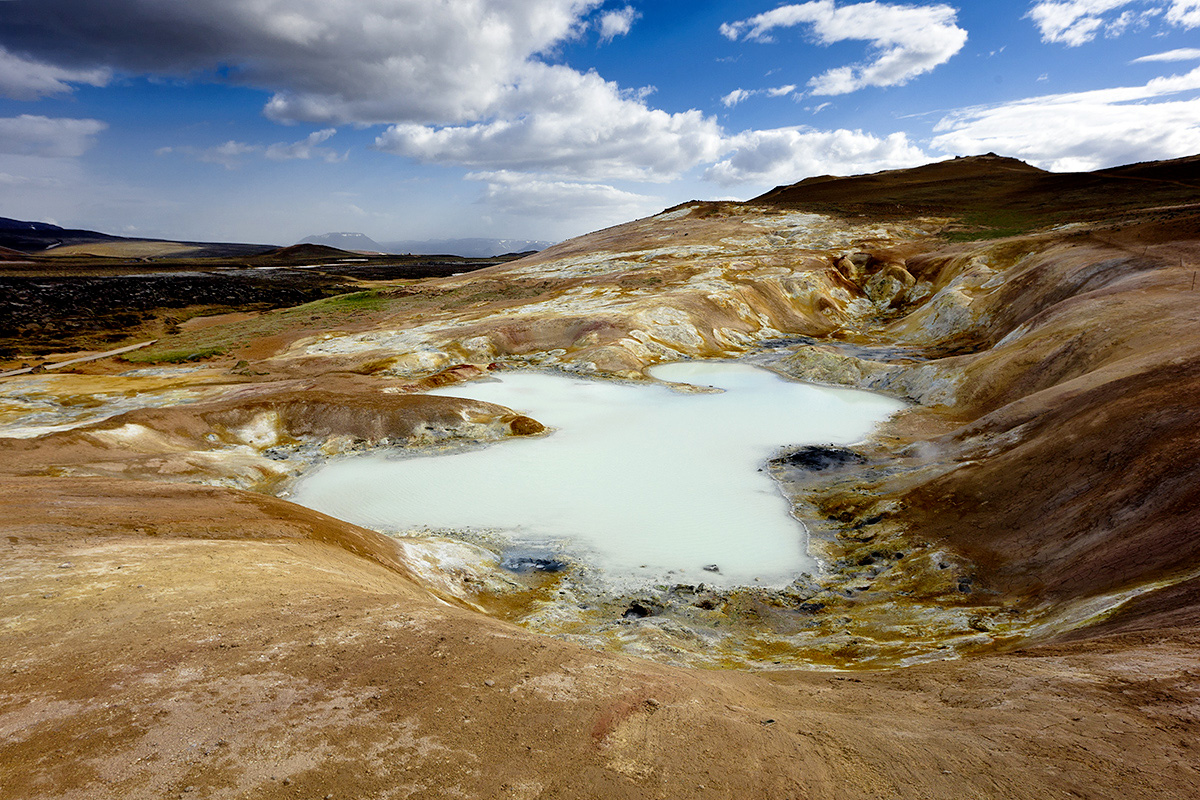 Coming all the way from Reykjavik, I made the first stop in the Northeast (91 photos) of the island. It began with a romantic sunrise at the beautiful Goðafoss and continued to Iceland’s Whale Watching spot number one: Húsavík. The fishing village is a very good starting point to do short trips, for example to the get wet by the spray of Dettifoss or to see the northern bird sanctuary and its high number of species. A great final is a visit of the large Krafla region to catch some of the impressions what the powers of the Earth are able to do.
Thousands of Sea Birds and dramatic bold Cliffs – On the way in the Westfjords 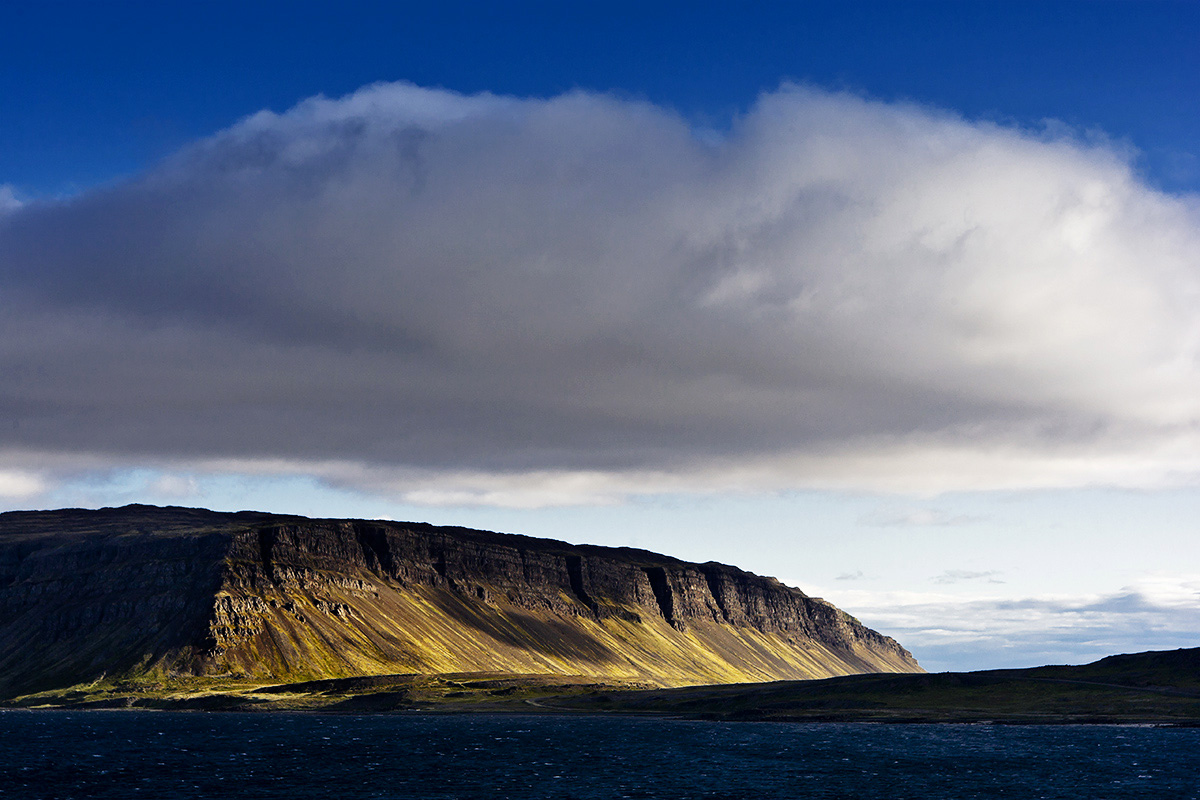 The Westfjords (108 photos) are Iceland’s most remote area and a great playground for the sun to paint the landscape with an incredible sidelight. Narrow roads leading over high rocks and hiking tracks through untouched nature belong to the repertoire of the Westfjords as well as myriads of sea birds, having their home in the bold cliffs of the Látrabjarg peninsula. Beside the Westman Islands that is one of the best spots to be in touching distance with cute little puffins as well as getting a massage by wind force 10.
Urban but yet rural – Reykjavik and the South/South-West of Iceland 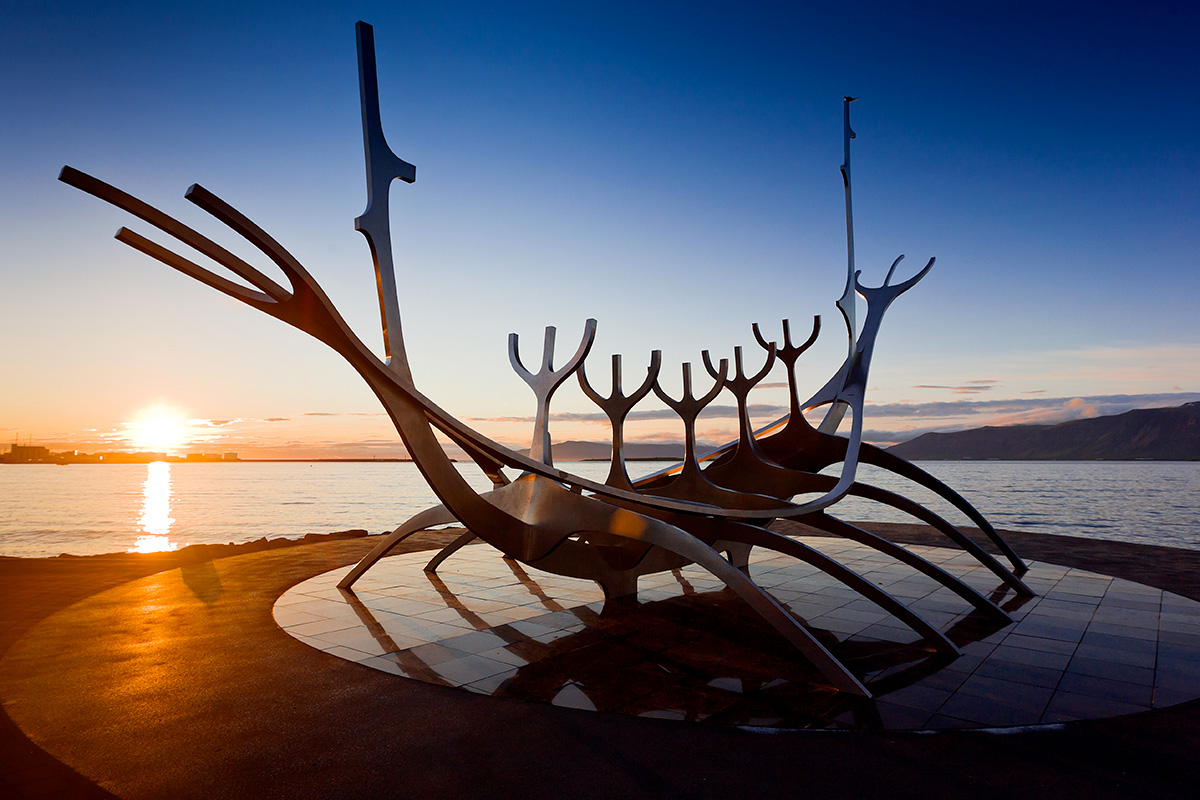 Reykjavik proves that Iceland can also be pretty urban. Though, despite a small rush hour on working days that area never forgets about its rural roots. The South and the Southwest (62 photos) of the island are noticeably touristier as here you can find some of the major attractions like for example the name giver and father of all geysers or some of the finest waterfalls around such as the massive Gullfoss, the delicate Seljalandsfoss or the high Skogafoss. A great thing to top off any Iceland visit is taking a bath at the Bláa Lónið, the Blue Lagoon, where you can recharge your life’s battery by the forces of the Earth.
Lava Deserts and perpetual Ice – Iceland’s South-East 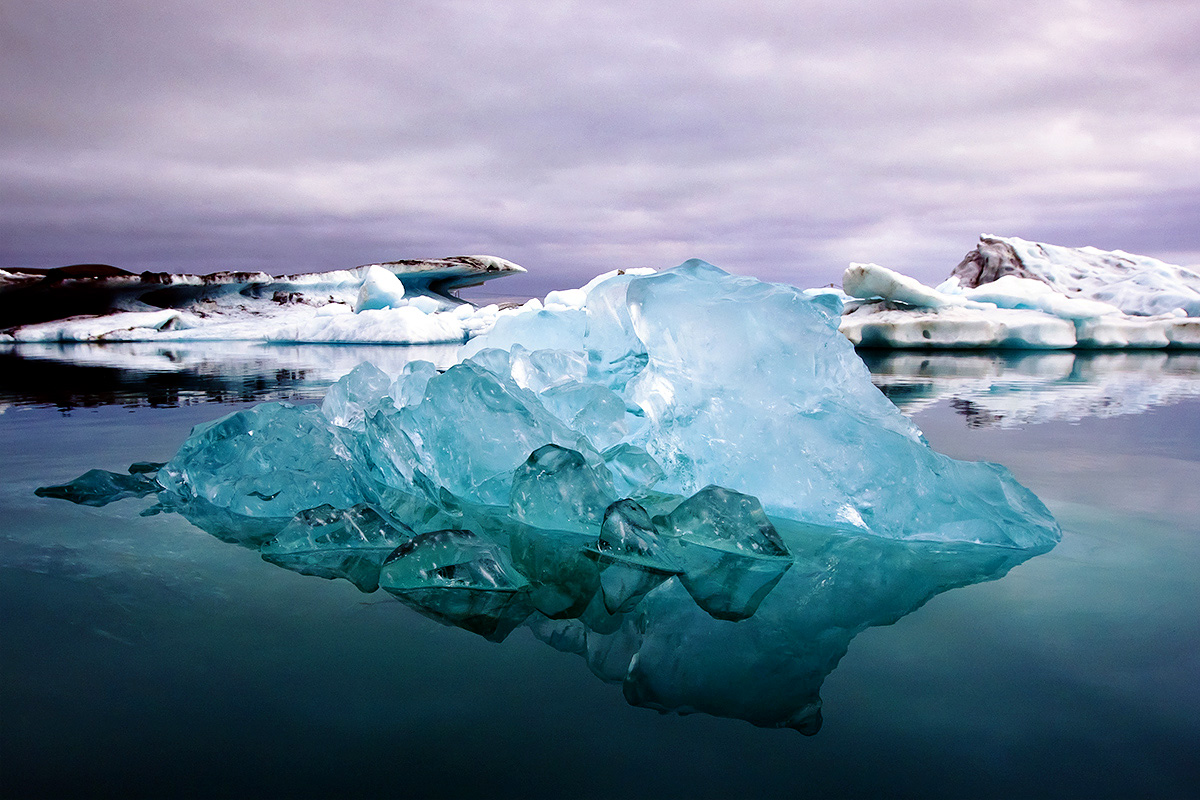 In the East of Vik the landscape of Iceland’s Southeast (68 photos) sees a dramatic change; endlessly seeming plains of black volcanic sand start to dominate the scenery, only interrupted by glacial rivers while on the horizon snow-covered peaks and large glaciers appear. Short before Iceland’s most visited and photographed natural spectacle, the glacier lagoon Jökulsárlón, another gem lies at the feet of the glacier’s tongue: Skaftafell, the home of the Svartifoss.