Dream destination and synonym for all things called wanderlust as well as being often the first country visited ever after having finished school, that is New Zealand, the upside down boot in the southern hemisphere that came to worldwide fame as unique setting for the epic “The Lord of the Rings” trilogy. The Kiwis are laid-back and sociable people, but when it comes to the treasures of nature then things quickly get pretty much sold. For visitors that means a good infra structure but also many places that you can’t have and enjoy yourself only. The following photo stories are the essence of an almost 6000km long journey leading through north and south island and reflecting the volcanic soul of New Zealand as well as its magnificent mountain scenery with its endless forest and unique wildlife, that is a livewire particularly at the islands’ shores.

»Although being cannibals, they are inherently of a good-natured temperament and possess no small degree of humanity.« James Cook on the Maōri, from the captains log of the Endeavour

This New Zealand dossier is growing. Please check this page from time to time again as I am working on NZ photos. 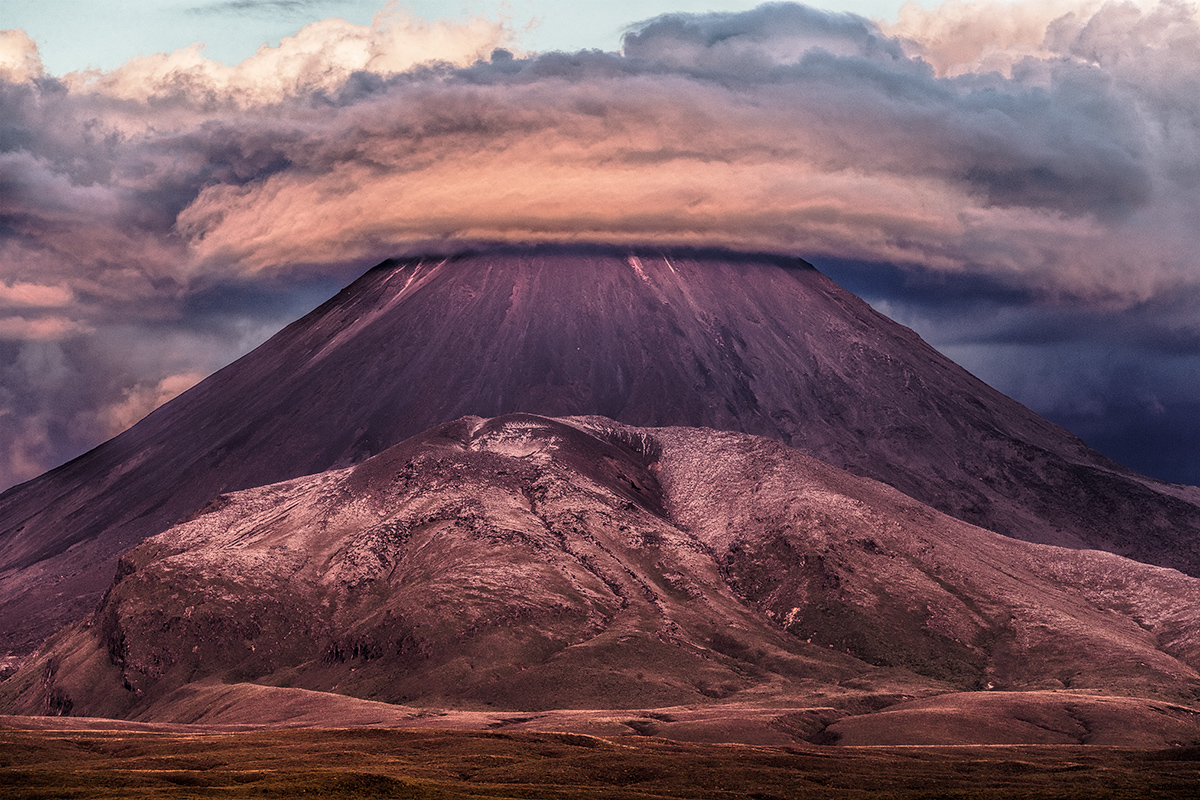 The volcano hiking path Tongariro Alpine Crossing is one of the most known trails in New Zealand, a so called Great Walk. Always having the picturesque cone of Mount Ngauruhoe somewhere in sight, it takes you literally around the whole volcano complex and offers you breath-taking views from the rim of the Red Crater down to the colourful and retina tickling Emerald Lakes. At the moment it ends at the active Te Maari craters but surrounding Tongariro is still possible when staying over night at the Otuhere or nd Waihohonu hut.
Above the Clouds of North New Zealand 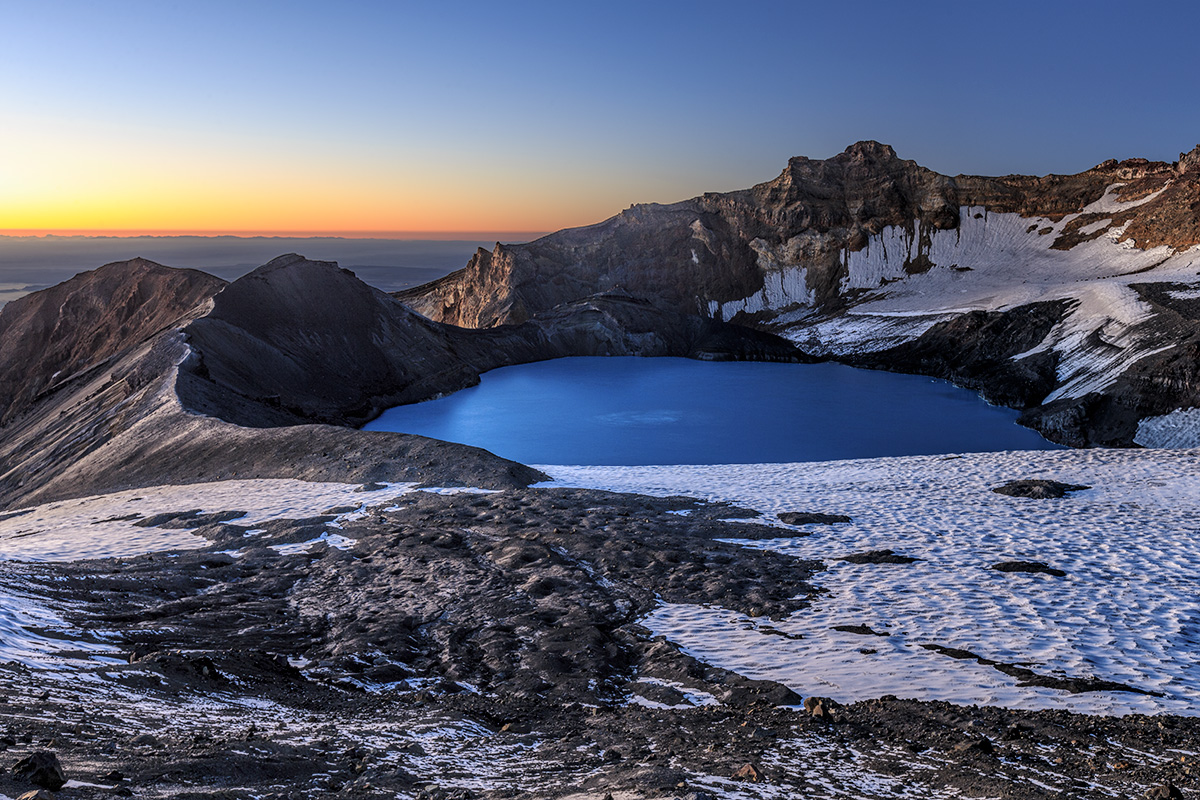 New Zealand lies at the Pacific Ring of Fire and its volcanic origin becomes most apparent on the north island where the Taupō Volcanic Zone cuts through the land of the Kiwis like a highway. Along that “road” you can find the mighty Tongariro but also the even more majestic Ruapehu, which is at the same time North New Zealand’s highest elevation. That volcano has seen countless springs, something you can witness with your own eyes when visiting its jagged inner crater having a picturesque crater lake.
Taupō volcanic zone and Maōri culture 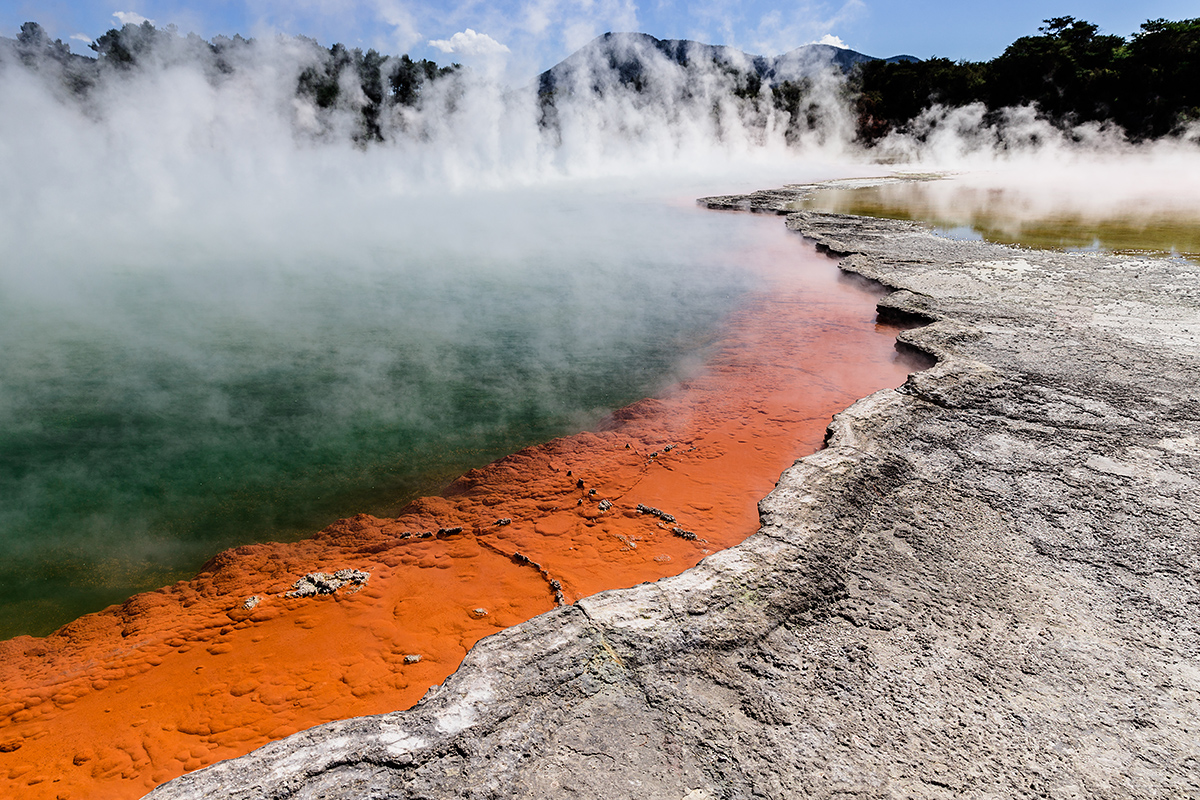 The Taupō volcanic zone stretches through whole New Zealand. On the North Island it appears as real fire mountains while the South Island gets shaken by strong earthquakes. For the Maōri the force of inner Earth is divine.
Gannet colony 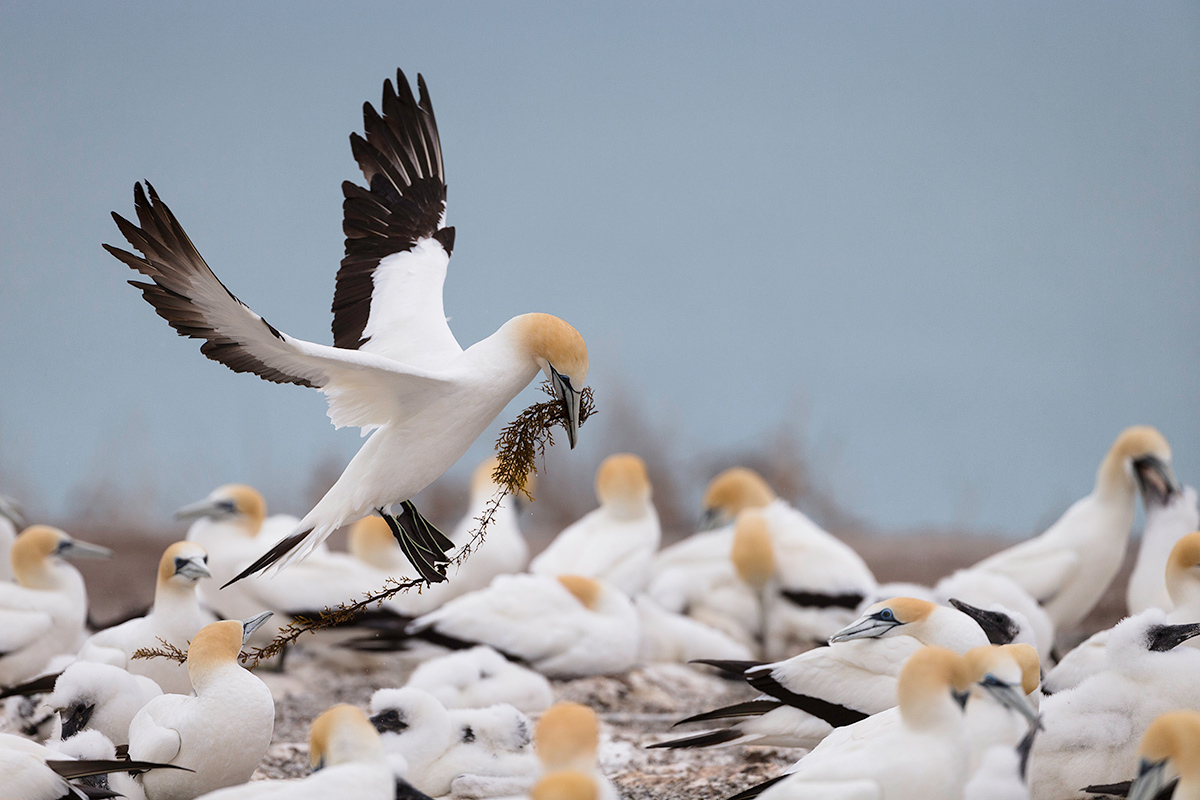 New Zealand is a seabird paradise and for gannets. Those winged masterpieces of evolution are nesting in a big colony at Cape Kidnappers. There they hunt for fish and raise their chicks, who embark without further hunting and flying practise on the life-threatening Trans Tasman flight.
Where bold Cliffs meet bold Albatrosses 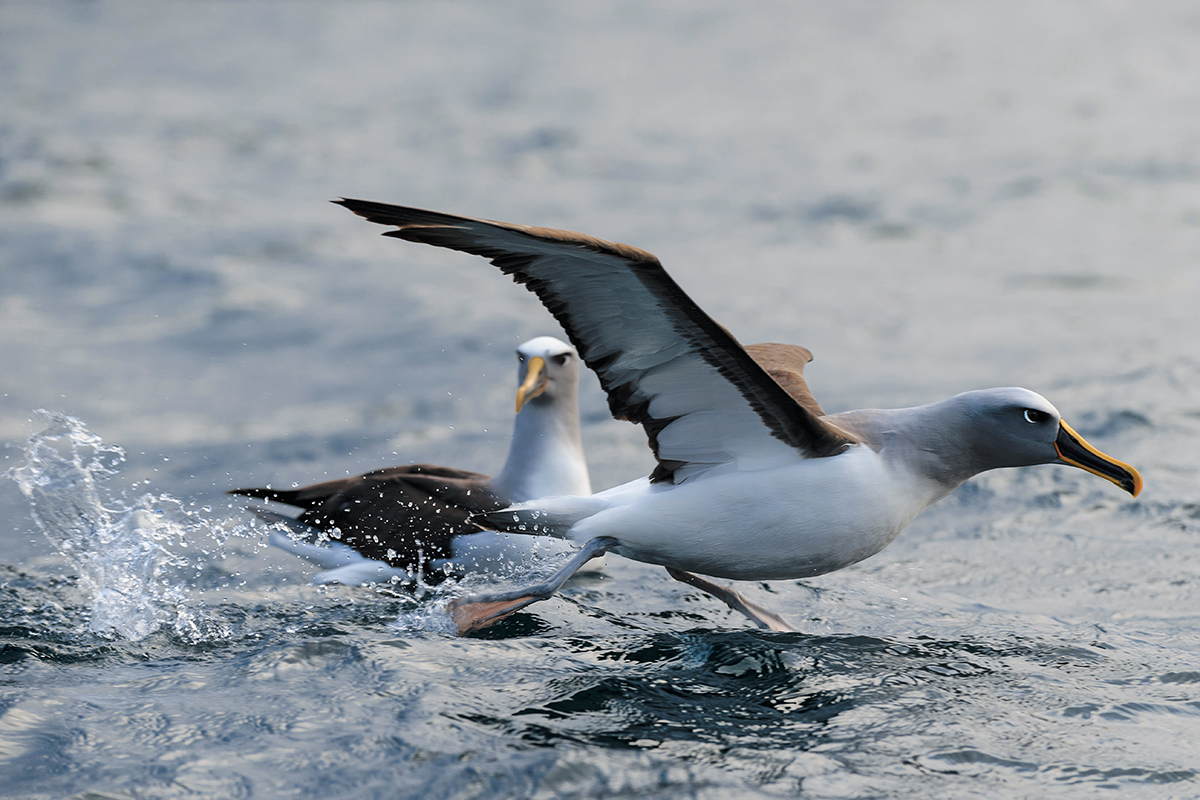 The Fiordland National Park environs the southeastern coast of New Zealand’s south island and like the name already tells it’s a place where mountains meet the sea. The truly most magnificent play between water and rocks can be seen in the nested arms of the Doubtful Sound, that is unlike Norway’s fjords completely uninhabited. Its remoteness is a paradise for flora and fauna as rare penguins build their nests in the thicket of small islands while at the estuary sea lions have a nap in the sun. The point where the fjord merges with the Tasman Sea is magic and it surely takes not much time until you spot the first flying artist, the winged kings of the high seas: albatrosses.
Auckland 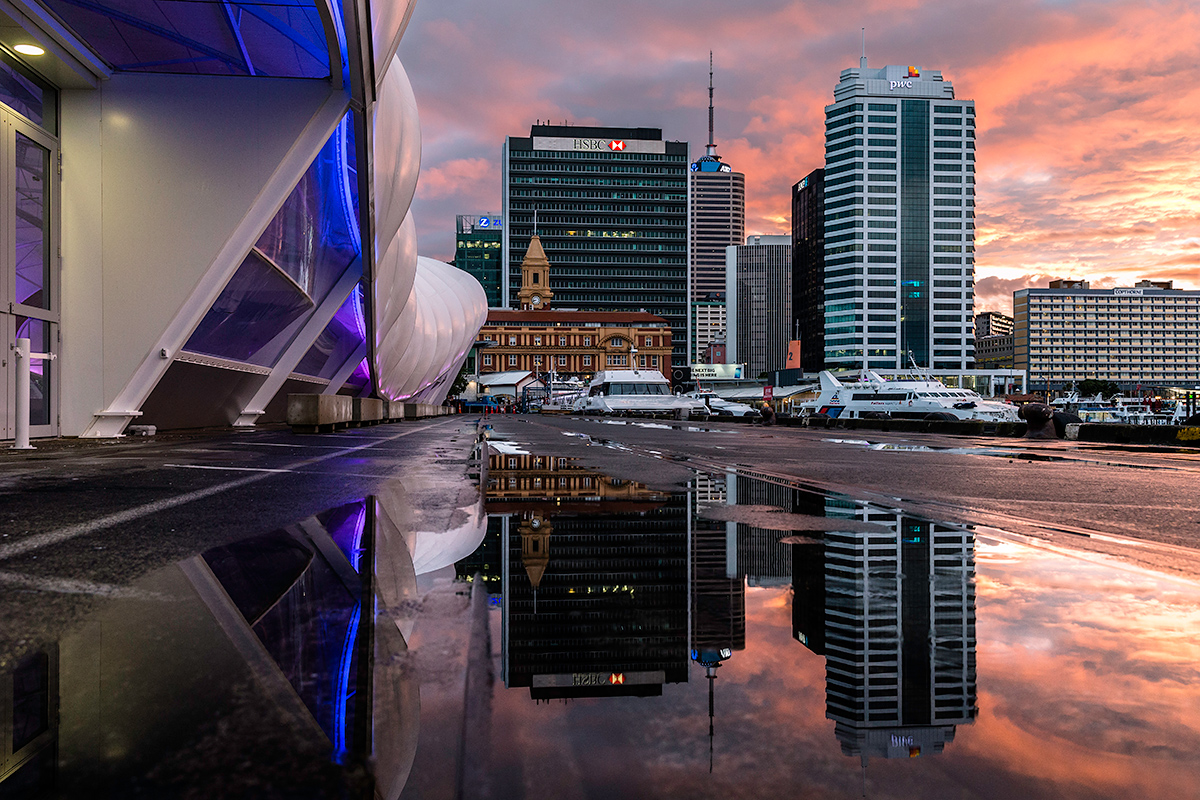 Compared to other countries New Zealand has only a few inhabitants and most of them live in Greater Auckland, making that region being something like the island state’s unofficial capital. There economy buzzes most and the big long haul flights arrive, hence for many tourists Auckland is the first contact between New Zealang and travellers. Its down town is built compactly and when watched through a super tele lens then interesting details get revealed.
South New Zealand’s sea lion playground 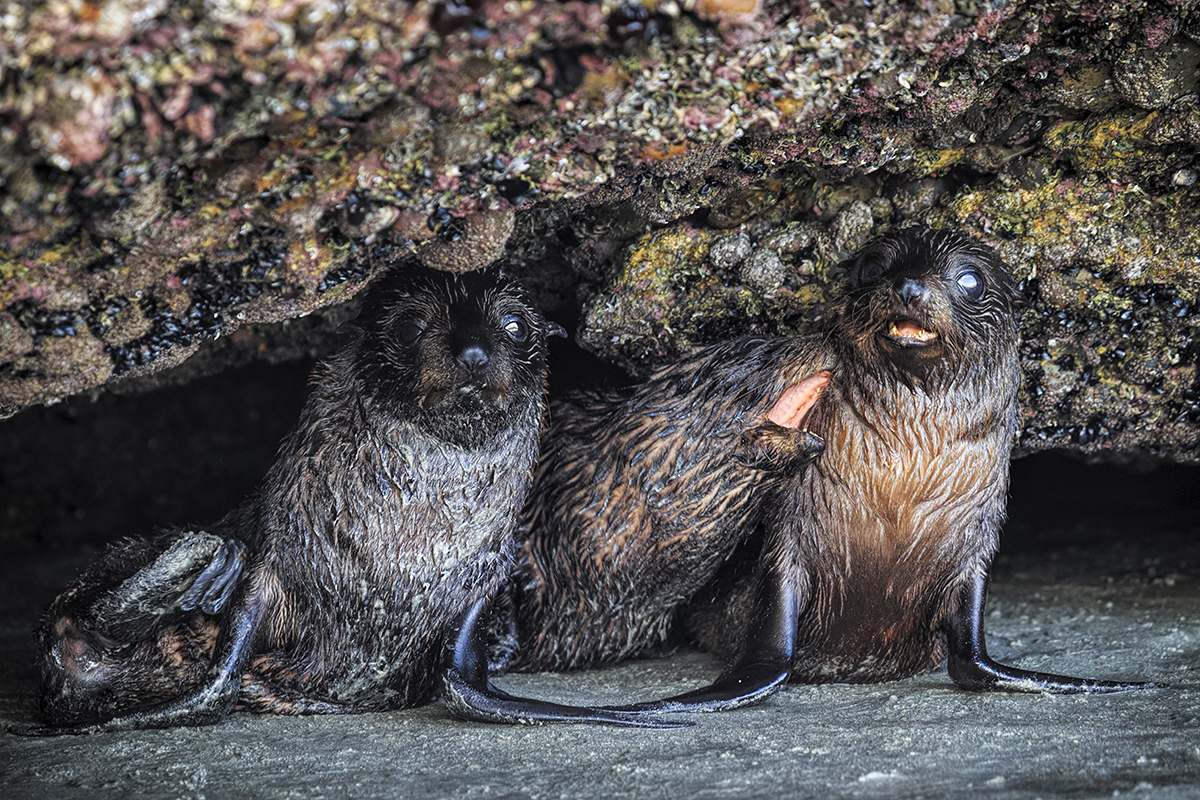 Not James Cook but Dutch seaman Abel Tasman spotted New Zealand for the first time ever and at the place where his vessel bumped into the island today you can find New Zealand’s smallest national park. Its lush and wide-spread forests plus shoreline invite to long hikes as well as to extended kayak trips. On those tours you’ll unavoidably get in very close contact with flora and fauna – and if you’re lucky you can witness young sea lion puppies playing.
Ice meets Rain Forest 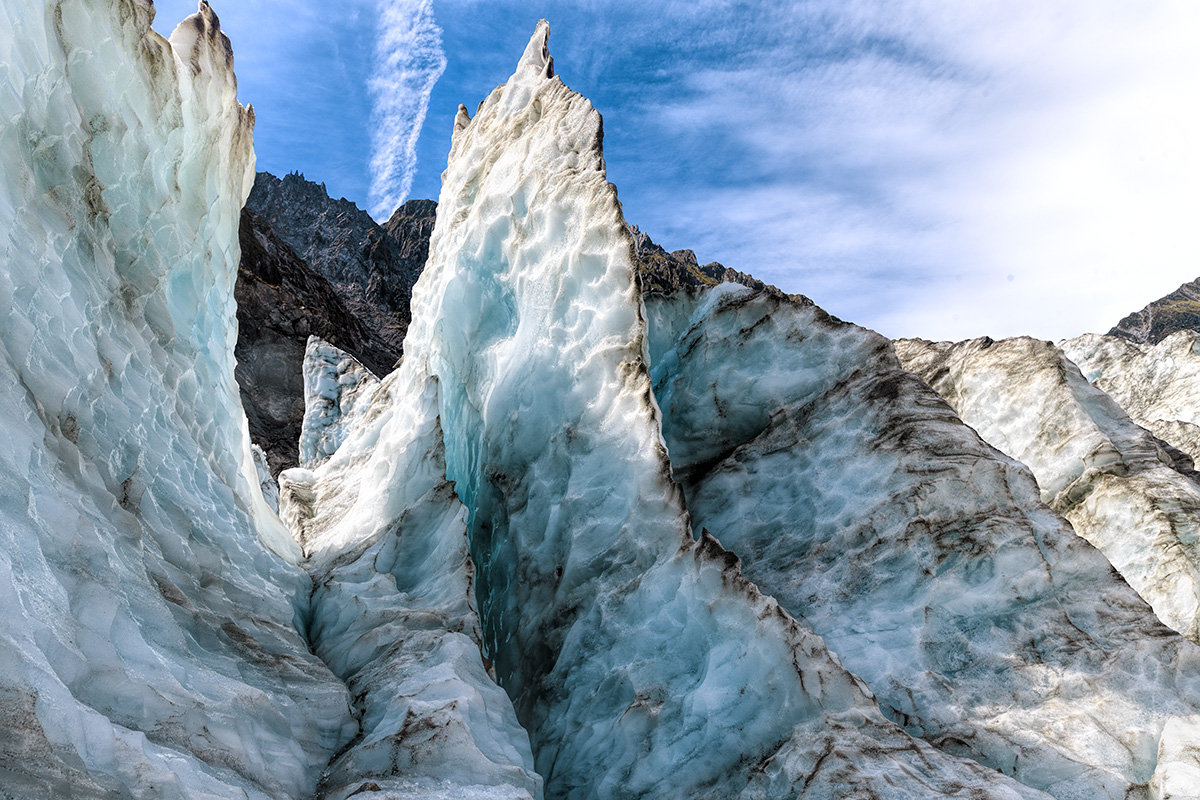 Locals call the west coast of New Zealand’s south island wet coast. Indeed it is a stronghold of precipitation, which is no surprise though as the sea is near dumping all types of clouds at the mountain range of Mount Cook and Mount Tasman. The amount of rain and even snow is unbelievable high and can reach up to 15 inches per hour. Though that precipitation is the bedrock of lush rain forest and massiv glaciers making the west coast of the south island being a worldwide unique place.
The Southern Alps 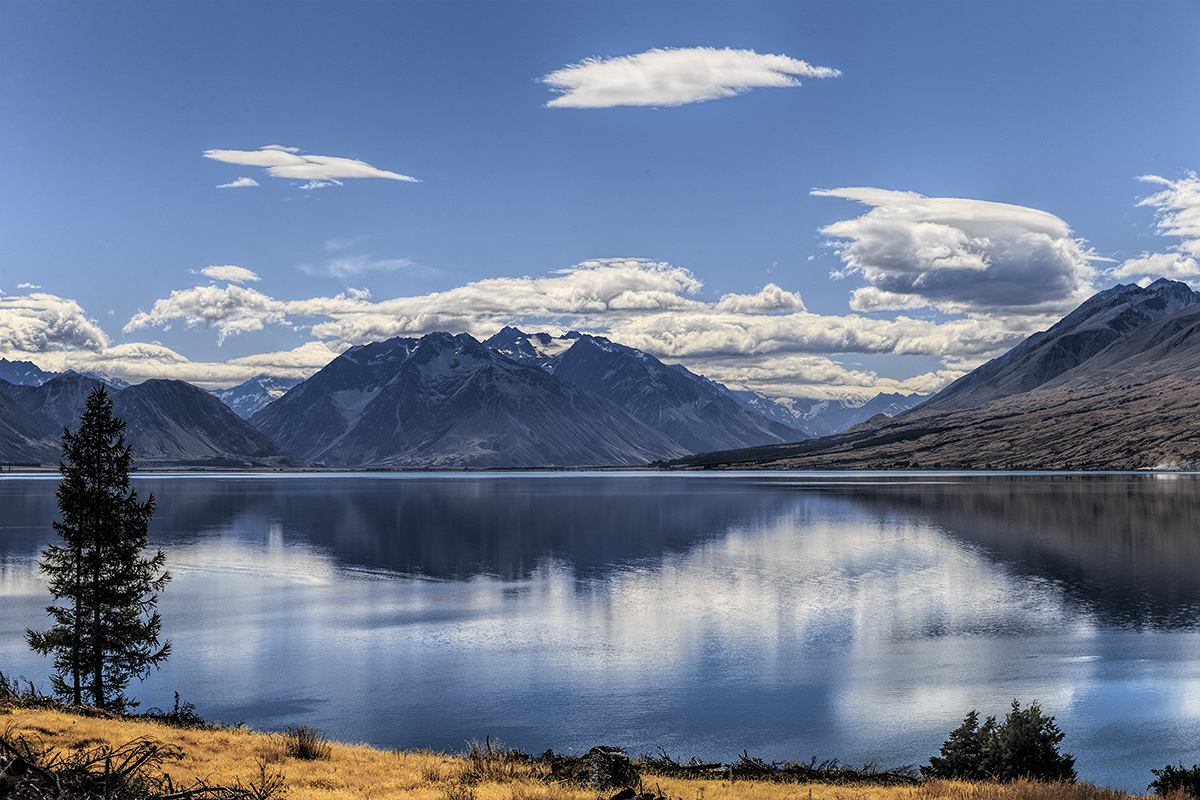 New Zealand’s highest elevation shares the same name with one of humanity’s greatest explorers: Mount Cook, or better to say James Cook. The mountain once serving as training camp for Sir Edmund Hillary’s Himalaya ambitions is the central body of the exceptional mountain world of the Southern Alps and its big lakes. Some of those giant water holes originate from glaciers, some other gather Caribbean blue shining water where internal buckling left troughs behind. All in all that is the setting that delighted so much as backdrop in the epic “The Lord of the Rings” trilogy.

Shiva’s Empire of Contradictions – An Eye on North India